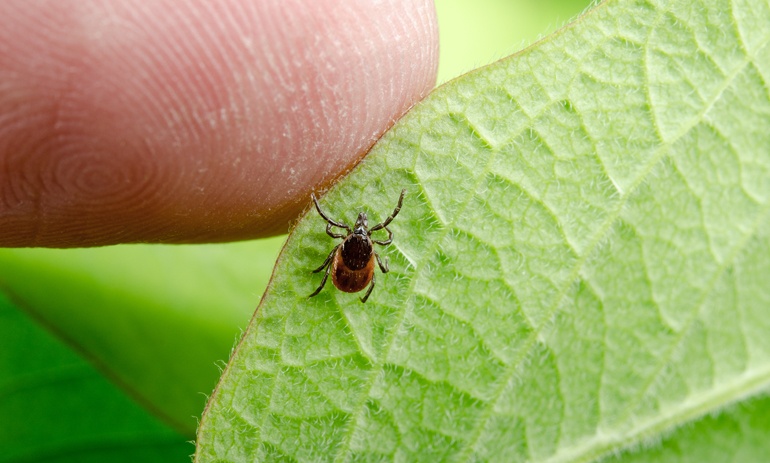 Here in the Northeast we tend to think only of Lyme Disease because it is so prevalent in our area. But did you know that as of February 2014, there are currently 14 tick diseases in the U.S. recognized by the Center for Disease Control and Prevention?

Unfortunately, there are a few of us here at Swazy & Alexander who can speak from personal experience on the subject. Here’s what we think ….

The following is a snapshot of the 14 current diseases:

Anaplasmosis
Anaplasmosis is transmitted primarily by the Blacklegged variety in the Northeastern and upper mid-western U.S. and the Western Blacklegged along the Pacific coast.

Babesiosis
Babesiosis is caused by microscopic parasites that infect red blood cells. Most human cases of babesiosis in the U.S. are caused by Babesia microti. Babesia microti is transmitted by theBlacklegged variety and is found primarily in the Northeast and upper Mid-west.

Borrelia miyamotoi
This disease has recently been discovered as a cause of illness in the U.S. It is transmitted by the Blacklegged and has a range similar to that of Lyme disease.

Ehrlichiosis
This disease is transmitted by the Lone Star and is found primarily in the South-central and Eastern U.S.

Heartland virus
This virus has been identified in eight patients in Missouri and Tennessee as of March 2014. Studies suggest that the Lone Star  may transmit the virus. It is unknown if the virus may be found in other areas of the U.S.

Powassan disease
Is transmitted by the Blacklegged and the Groundhog varieties. Cases have been reported primarily from Northeastern states and the Great Lakes region.

Rickettsia parkeri rickettsiosis
This disease is transmitted by the Gulf Coast variety.

Rocky Mountain spotted fever (RMSF)
Is transmitted by the American Dog, the Rocky Mountain Wood, and the Brown Dog varieties in the U.S.

STARI (Southern tick-associated rash illness)
Is transmitted by the Lone Star  found in the South-eastern and Eastern U.S.

Tick-borne relapsing fever (TBRF)
TBRF is bacterial infection characterized by recurring episodes of fever, headache, muscle and joint aches, and nausea. It is caused by certain species of Borrelia spirochetes. There are two types of relapsing fever:

Tularemia
Is transmitted by the Dog, the Wood and the Lone Star varieties. Tularemia occurs throughout the U.S.

364D rickettsiosis (Rickettsia phillipi, proposed)
is transmitted by the Pacific Coast variety. This is a new disease that has been found in California.