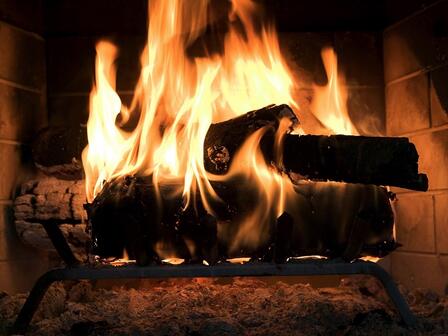 Unfortunately, many newer homes have gone to gas fireplaces. They’re cheaper to build, easier to install, and are often considered more convenient. Just flick a switch and instant flames!

However, it is very difficult to top the cozy warm feeling generated by the sight, sound and smell of a wood fire burning in the fireplace on a cold winter night. A real fire undoubtedly sends warmth through your house as the fire crackles and creates an ever-changing display of hypnotizing patterns that can mesmerize and entertain for hours on end. 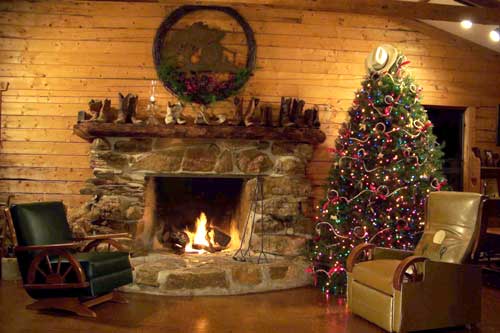 To create a real wood fire, you’ll need firewood, and choosing the right kind is an important decision to ponder. Just as some types of wood aren’t suitable for making some products, some types of wood aren’t suitable for use as firewood. With so many different types of wood to choose from, trying to learn which trees make good firewood can be a time-consuming and labor-intensive process. We want to help you avoid this trial-and-error process, so we have compiled some tips to help with your firewood selection.

Each wood species has its own set of burning characteristics, and there are a lot of choices out there, so let’s break it down to the basics.

Wood is categorized into two types: hardwood and softwood.

Oak is abundant in the United States and is considered one of the best species for firewood. Dried properly, it can produce a very slow-burning and hot fire. But it does need to be seasoned. This means it needs to be aged in a dry area, for at least one year, preferably two. Like other hardwoods, oak is difficult to ignite, but once it’s burning with an intense, sustained fire you’ll be rewarded!

Hard Maple is readily available in the northern US and Canada, hard maple is extremely dense and heavy, which allows it to burn very slowly, even in comparison to other hardwoods like oak and hickory.

Birch is very attractive and gives off a lot of heat. However,  it burns fairly quickly. Birch can be easier to find and cheaper than many other species but keep in mind you’ll go through it faster. It is better to  mix it into your firewood supply and use in combination with other types.

Chestnut— Chestnut wood is moderately priced, very easy to split, but does not burn as hot as its counterparts. It tends spark more than the other woods and produces heavy smoke. This wood can be used indoors but is mainly more for the outdoor fireplace.

Elm—Elm wood is abundant, inexpensively priced, but very hard to split by hand. It has a medium heating temperature and does not produce too much ash or smoke making it a viable option for the fireplace although has been known to have a strong unique aroma.

Pine is widely available and highly sustainable in northern climates. Pine seasons faster than hardwood varieties, is easy to split and easy to start. The cons are that it burns very quickly and does not produce the heat of hardwoods. Also, burning pine is usually characterized by exploding sap pockets that cause sparking. This can cause creosote buildup in your chimney.  Many people like to use a softwood like pine to get a fire started before switching over hardwoods once the fire is hot.

Additional things to keep in mind…

Most any wood that has been seasoned properly will burn well. And conversely, the best firewood will not burn well if it has not been seasoned. If the moisture level in wood is too high, energy is consumed evaporating water instead of throwing heat out.

Many dealers sell what they refer to as “seasoned” wood, but be aware that if it’s been split this year, it probably won’t be dry enough. Most experts advise buying wood this year to burn next year.

Wood that has been seasoned properly will appear grayish in color on the outside and weigh less than a new piece of wood of the same species. If you split it in half, it should be white on the inside.

Whatever firewood you choose to burn, make sure to store your wood in a well-ventilated outdoor area that is protected from the elements. Bring in only as much firewood as you plan to use in your fire. (Take note: Indoor temperatures can encourage any bugs in the wood to become active.) 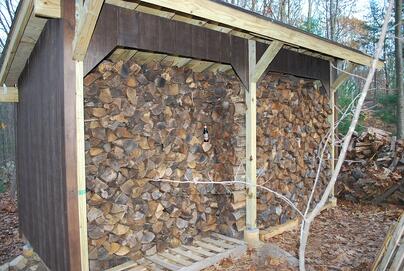 So there you have, it a quick primer on some of the most popular firewoods available. After the proper selection gather your family together and settle in with a nice hot beverage, your favorite book and enjoy one of the best practices of the winter season! 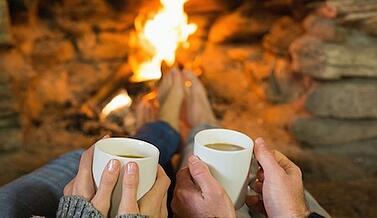